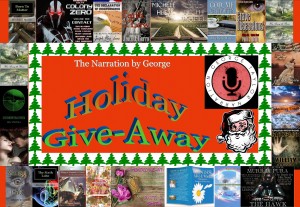 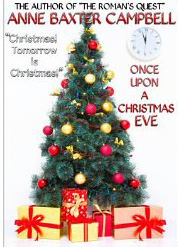 The Holiday Season is upon us.  Thanksgiving arrives next week.  Christmas comes in about 5 weeks.  Are you ready?  Do you have your audiobooks downloaded for your holiday traveling? If not, check out a couple of suggestions and learn about my audio book Holiday Give-Away for December.  You’ll also hear more from an interview I did with Anne Baxter Campbell!

Once Upon a Christmas Eve by Anne Baxter Campbell

A Christmas Carol by Charles Dickens

This week, I conclude my interview with Anne Baxter Campbell and Trish Horner about the latest Narration by George Audio Book release, The Roman’s Quest.  Anne is the author of this very fine novel.  Trish was the narrator for the female characters and the female point-of-view narratives.  In today’s podcast, Anne interviews Trish and me.  We talked about the novel and about the faith in God that is evident throughout and central to the book.  You’ll hear examples of everything mentioned.

Here Among the Ruins – poetry by Regina Puckett

This week, I interviewed Anne Baxter Campbell and Trish Horner about the latest Narration by George Audio Book release, The Roman’s Quest.  Anne is the author of this very fine novel.  Trish was the narrator for the female characters and the female point-of-view narratives.  We talked about the novel and about the faith in God that is evident throughout and central to the book.  You’ll hear examples of everything mentioned.  There is so much to hear that this is only the first part of the interview.  Next week, for part two, Anne interviews Trish and me.

The Roman’s Quest – samples  to hear and click to buy 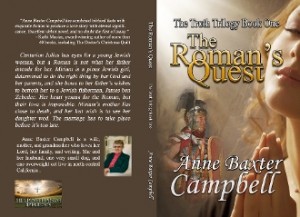 In The Roman’s Quest, by Anne Baxter Campbell, we meet Centurion Julius who has eyes for a young Jewish woman, Miriam.  Miriam also has eyes for Julius, but a Roman is not who her father intends for her.  Miriam is a pious Jewish girl, determined to do the right thing by her God and her parents, and she bows to her father’s wishes to betroth her to a Jewish fisherman, James ben Zebedee.  Her heart yearns for the Roman; his heart yearns for her; but their love is impossible.  Miriam’s mother lies close to death, and her last wish is to see her daughter wed.  The marriage has to take place before it’s too late.  Woven through this story is the presence of a new prophet on the scene; a man called Jesus.

Listen to some extended excerpts from this novel.  The audiobook is coming soon from Helping Hands Press.

Links referenced in this podcast include: 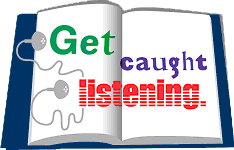 We continue the celebration of my privilege to lend my voice to the work of some amazing authors.  We’re looking at 41 books in 41 days.  In this program, we look at four novels in the romance/life category.  Three of these books are set in the same town.  And we take a look at an unusual telling of the Christmas story.

The links mentioned in this week’s podcast are:

Songs That I Whisper, by Regina Puckett

The Swaddling Clothes, by Amber Schamel 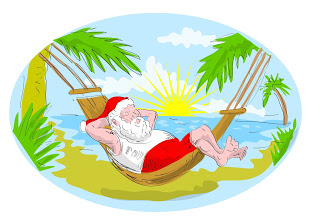 We continue this excursion into the world of audiobooks produced by Narration by George by looking at the next group of books we’ve been featuring on Twitter (@narrationbygeo) and Facebook. Plus there is the announcement of an important new title and a special sale with only a few days left before it expires.  Join me for this review of audiobooks with excerpts that are unique to this podcast!

The links to the books and specials mentioned in this podcast are here:

Alive and Whole: Amputation, Emotional Recovery, by Dee Malchow
My Words Into the Beyond, by Regina Puckett
The Name of the Hawk, Legion, by Murray Pura
Neighbors, New in the Neighborhood, by Patti J. Smith
Non-Prophet Murders, by Becky Wooley
Once Upon a Christmas Eve, by Anne Baxter Campbell
Helping Hands Press store
Christmas in July
The Outlaw Unchained, Bleeding Kansas, by C. Q. Scafidi
The Painted Sky, Rio Oro, by Murray Pura

Don’t forget, this podcast is new every Wednesday. You can subscribe through iTunes to each and every episode.  Click here.

This is the second week exploring the merger of audiobooks with spiritual ideas. While we may usually think of Bibles, books about the Bible, or devotionals containing spiritual ideas, there are other forms of writing which can be rich in spiritual ideas. In this episode, I take a look at two novels which explore spiritual ideas using the story of the birth of Jesus as their platform.  Amber Shamel’s The Swaddling Clothes is a historical novel inspired by a Veggie Tales episode.  Anne Baxter-Campbells Once Upon a Christmas Eve tells the story of a teenage who needs to learn a lesson or two.  You’ll hear excerpts from both of these books. 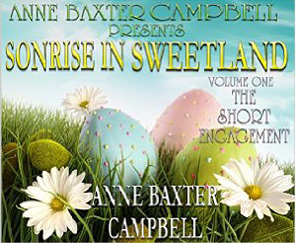 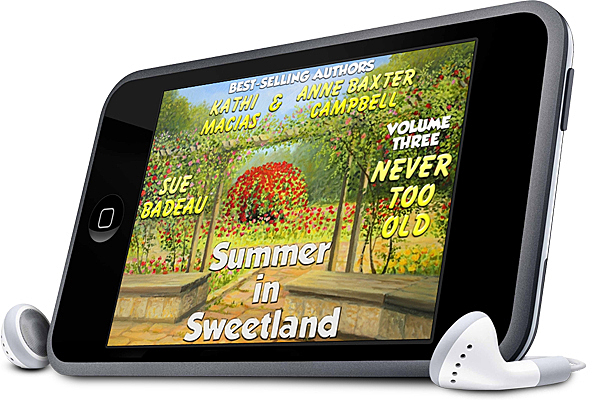 Helping Hands Press has released a series of books set in Sweetland.  I have recorded two of those books.  In this week’s podcast, I talk about these two books and play samples from the audio of each one.  Take a listen to samples from Sonrise in Sweetland, The Short Engagement and Summer in Sweetland, Never Too Old.