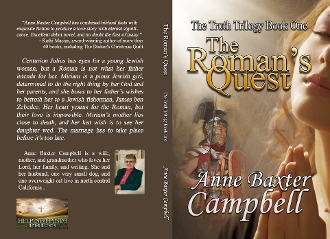 Centurion Julius has eyes for a young Jewish woman, but a Roman is not what her father intends for her. Miriam is a pious Jewish girl, determined to do the right thing by her God and her parents, and she bows to her father’s wishes to betroth her to a Jewish fisherman, James ben Zebedee. Her heart yearns for the Roman, but their love is impossible. Miriam’s mother lies close to death, and her last wish is to see her daughter wed. The marriage has to take place before it’s too late.

Narrator and actress and my good friend, Trish Horner, joins me to create this story. She says:

“I’ve been blessed to play many roles in my life – theatrically, professionally, personally. Marion 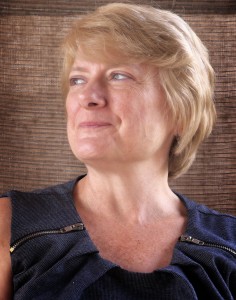 the librarian (The Music Man), Fruma Sara (Fiddler on the Roof), Vera (Smoke on the Mountain), Reuben’s wife (Joseph & the Amazing Technicolor Dreamcoat), teacher, therapist, daughter, wife, mother. But the role I have been the most blessed to play has been that of daughter of the King, younger sister of Jesus of Nazareth. When George asked me to be a part of this project,  I could never have foreseen the blessings available, not only for me, but for all those who hear it. As you listen, it is my prayer that Adonai bless & keep you, make His face to shine upon you, be gracious to you & give you His peace.”

Listen to excerpts from this book in my Podcast on this novel, #27-The Roman’s Quest and below:

Reviewers say about this book: