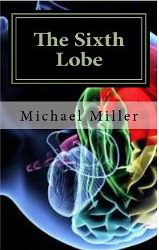 Worried parents learn their son is unique in ways that frighten them, terrify townspeople, threaten local and national powers, and pose deadly risks to a famous doctor and anyone associated with the case. Grudgingly accepting the hurdle that befalls her, a noted psychiatrist is humbled and shocked when Danny Wilson reveals past events that shatter her core medical beliefs.

Information leaks out and efforts to protect Danny from numerous predators who will exploit his difference erode.  Events spiral out of control as good and evil forces converge to gain control of the this usual boy. As these single-minded forces butt heads the power struggle unleashes situations and extreme consequences unforeseen by the caring doctor.